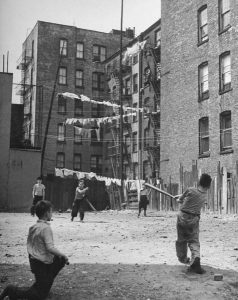 Growing up in The Bronx was an experience unlike any other. There was the good, the bad and the ugly. I grew up in one of the worst eras of New York City (the 70’s). High poverty and crimes were the norms as was the burning of the building tenements. We had no recreation areas to play in. Our choice of play was using the streets as a vehicle to play.

For kids growing up in the Bronx, we played baseball in every way, sewer-to-sewer whiffle ball, stickball, and punchball.  A number of broken windows my friends and I were responsible for was unimaginable … I’m talking car windows, house windows, apartment building windows.

My favorite thing to play baseball was with a spaldeen ball. A pink high bouncing ball that cost at the time about 25 cents. We played with it until the sun went down or until it tore in half, whichever came first.

We made use of it and played games utilizing the walls, the stoops, courtyards, sidewalks, curbs, sewers, manhole covers, parked cars, lampposts, fire hydrants, even the red fire alarm box on the corner!

Everything on the block had potential; nothing was untouchable and became an integral part of play. The back alleys were used as hideaways mostly. We were always creating ways to play! 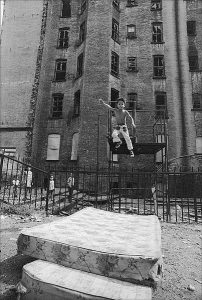 We played different games using mostly our bodies. Freeze tag, manhunt, Johnny on the pony. We wrestled and roughhoused all day long. We used the worn-out mattress to jump and do flips on them. We climbed & jumped off fences. In other words, we were always active.

What I see now is an alarming trend. The gentrification of the neighborhoods and technology is killing play all over the city. Kids spent the majority of times indoors either on their computers or video games. Schools have eliminated most if not all recreational play at lunchtime and PE. 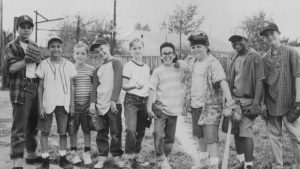 Kids are less active today. Many of my colleagues and I feel play is necessary not only to combat the high obesity rates in the city but to stimulate the mind as well. It appears to have positive effects on the brain and on a child’s ability to learn. In fact, play may function as an important, if not crucial, a mode for learning.

Kids pay more attention to academic tasks when they are given frequent, brief opportunities to play. As parents, we need to push our kids to play more outdoors and limit their time on video games, computers, and phones.

At High Definition Training, we are committed to changing this trend. We developed a fitness program for the youth to get them moving back in their normal elements.

If you are looking to put your child in a program that involves many activities and movements, we now are offering a youth fitness program starting in the fall. Sign up today for a 1-day pass to one of our youth fitness classes by clicking here ===>  High Definition Youth Fitness

Discover 7 Steps to Fit in A Black Dress!

Enter your name and email address below now for instant access to the free report
We will never sell, rent or share your info.

YES! Contact me today to schedule a FREE no obligation consultation and trial workout.